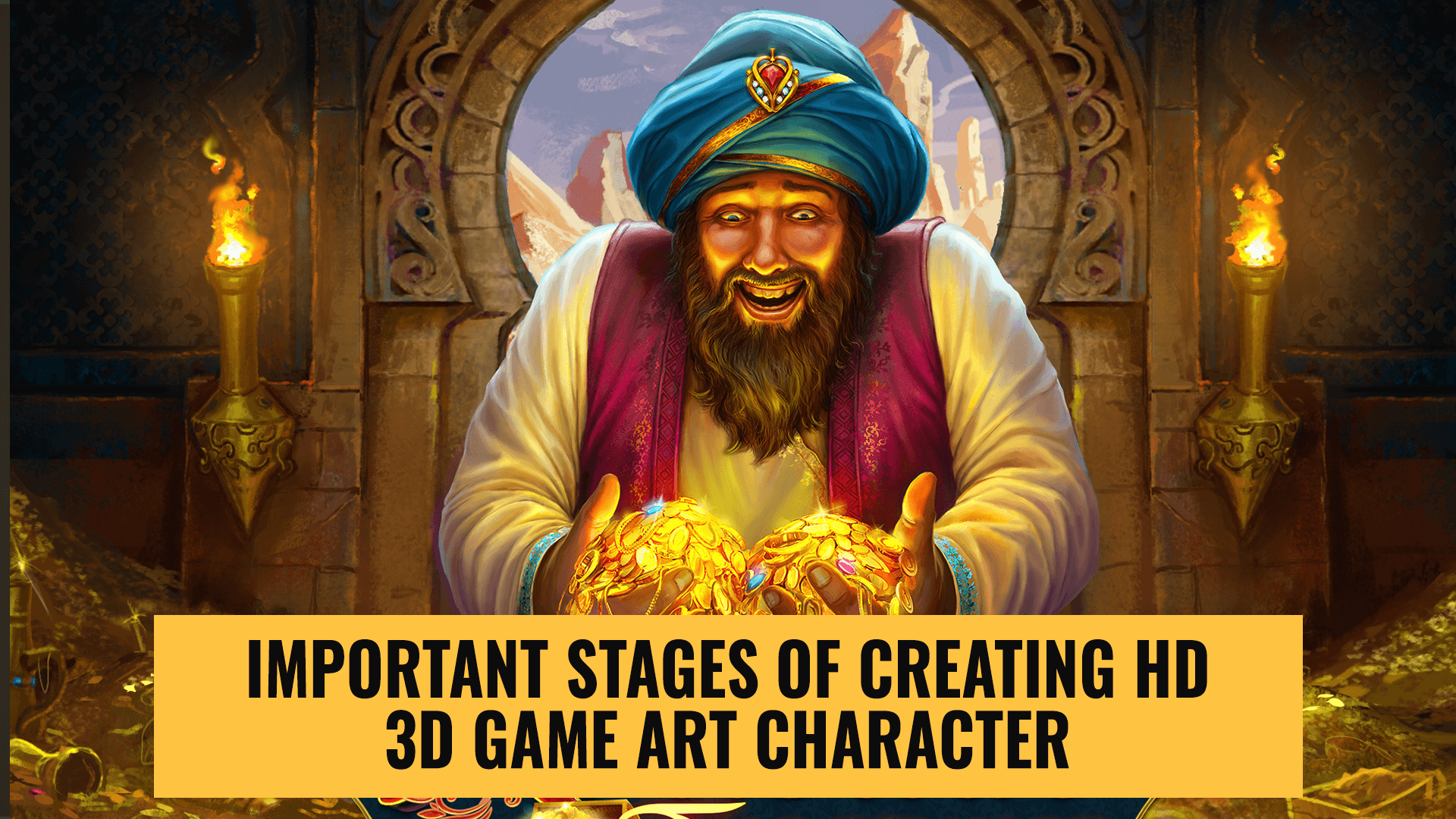 Video games have captured the imagination of people like no other domain. Its extensive features, life-like characters and fascinating visuals continue to draw people in droves. Most of these games feature 3D characters and objects that add life to the animation. A 3D game art outsourcing studio can help to design and define high definition 3D game art characters.

The process involves several stages and rests on the expertise of game art developers. Based on client briefs, a central idea is formulated and the story slowly takes shape through different stages of production. Finally, when the game art character is approved by the client, it is introduced in the game and it becomes available to players.

Game art development involves several stages of production. There are three main stages in the design and development of 3D games – Pre-production, Production and Post Production. Every step has a different role to play and helps to shape ideas into action.

Companies often resort to animation outsourcing to add life to their marketing plans. With the help of specially designed characters, certain messages can be easily conveyed. Besides, video game concept artis also developed by game and app development companies that require graphically rich content for different types of games and other applications.

The following are the steps followed by game art outsourcing studios to design 3D games and characters.

A 3D character begins with a concept. An idea is formulated either by the game developers or the client. Based on the concept, a certain character is built. Its characteristics, appearance, features, etc. are then slowly defined through a storyboard. For example, if a character for a virtual reality game is visualised, the scriptwriter will think about certain features. The role of the character in the game, its purpose and the general atmosphere for its existence needs to be formulated here.

Once the script is developed, a series of drawings are created by the animation artists. The storyboard then acts as a visual guide for the entire plan. The sequence of events is noted down, the things that a viewer is expected to see or hear are mentioned along with the technical specifications. The overall atmosphere for the game is also defined here. For instance, if it’s a fantasy character, the atmosphere would be dreamy. Similarly, for adventure games, the game atmosphere has to be exciting.

For high-definition 3D game art characters, an animated storyboard also records sound effects and dialogues that are going to be used in the game. It gives a primary idea about how the game is going to look like. Companies that look for finesse and creativity, therefore, utilise 3D art outsourcing to get the finest quality products.

After multiple rounds of a brainstorming activity, the asset designing stage commences. It tests the creativity and innovative powers of designers and game artists as they come up with unique ideas. Apart from giving shape to each character, the surrounding elements of the game are slowly developed with the choice of colours, images, environments, etc.

Then comes the modelling stage when sophisticated software is used to develop various characters. Using the basic skeleton, they can be further modified according to the story or the requirements specified by clients. Accordingly, muscles, clothes, armours and weapons are gradually added. Generally, game artists use specialised 3D modelling software like Maya or Unity to complete these tasks.

In this stage, the 3D character creates a skeleton that resembles a humanoid form. Slowly joint movements can be added to define the movement of the object. After rigging, it can be controlled as per the choice of the game developer.

Here, the 3D character slowly finds its ability to easily move. Different types of animation techniques are used to achieve this objective. Depending on the imagination and creativity of the artist, the character can be adequately morphed. Visual effects, colours, textures and lighting effects are also added during various stages of production.

Finally, as the 3D character comes to life, the post-production stage emits emotion to the characters and the overall game. After the final rounds of editing, the project is ready for delivery.

Video game concept art can be quite complex. To transform a vision into reality requires expertise as well as creativity. Only the finest 3D art outsourcing companies like ZVKY can fulfil your expectations. With over a decade’s experience in the field of game art development, we conceptualise and create visually appealing characters, attractive games and apps that can add a new dimension to your business.

Our team has talented animation artists, designers, game developers and other creative mavericks who are dedicated to delivering the best solutions. To know more about our services, get in touch with us now.