Home » Blog » What are the Biggest Changes in the Video Game Industry in the Last Few Years? 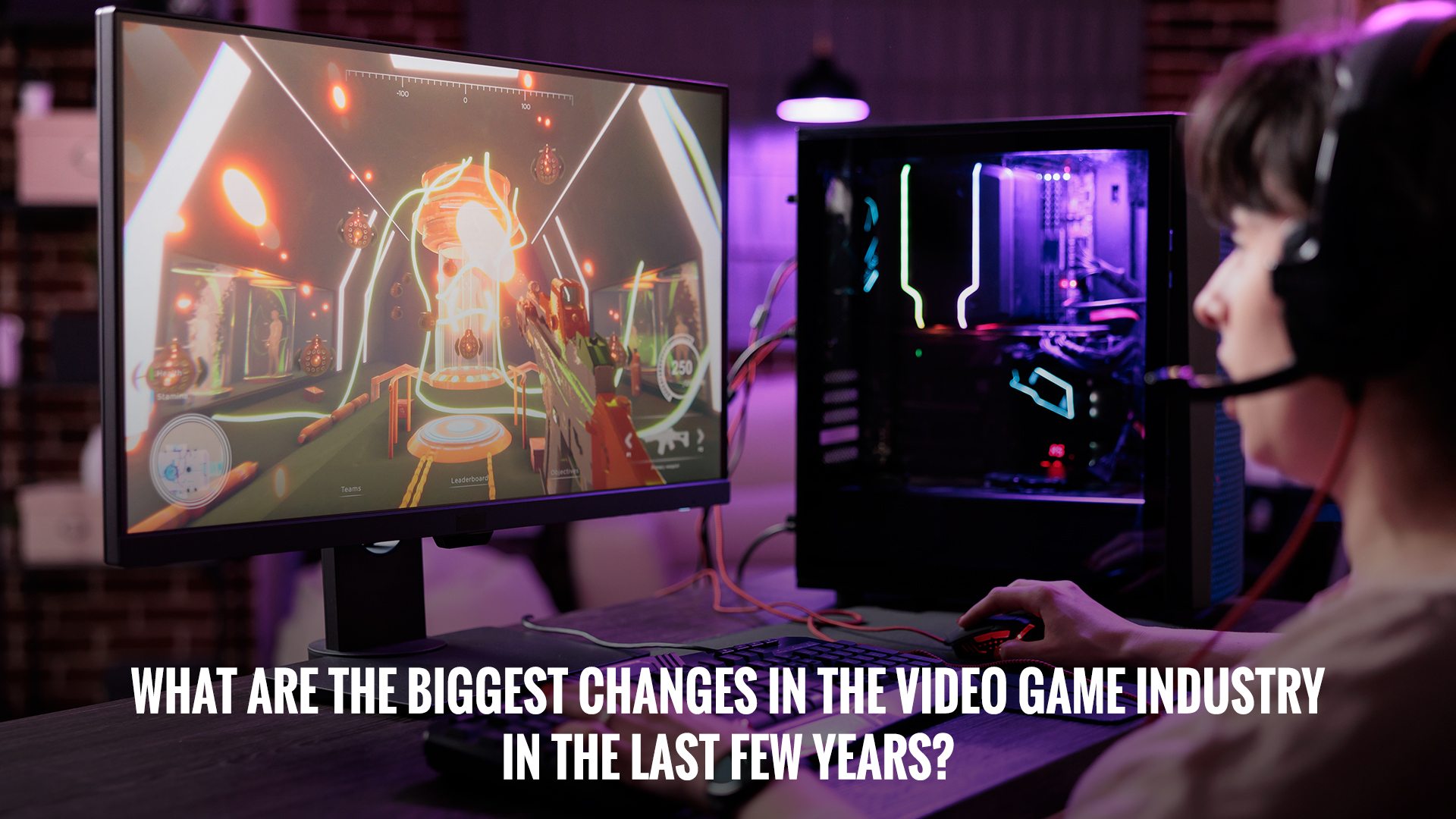 What are the Biggest Changes in the Video Game Industry in the Last Few Years?

The easy availability of smartphones has changed the gaming world in the last decade. Gaming laptops and tablets have become much more affordable and independent game development studios have grown from a niche and have spread across multiple gaming demographics. Other gaming consoles like PlayStations and Nintendo Wii have become all the more popular.

Fast broadband speeds have reached the nook and corner in every part of the globe and technological advancements have given us 4K resolutions and smoother performance. Small towns and villages in India have access to faster internet speed and the youth is leaning towards exploring the exciting world of video games.

1. The indie game revolution – Unity is a game engine that first hit the world in 2005, and it expanded to more platforms like smartphones and Nintendo Wii. The free version of Unity allows anyone with a computer to try out game development for themselves. After indie megahits ”Limbo” and ”Super Meat Boy” hit the world in 2010, many independent game developers took to Unity and came up with many successful games.

Tommy Refenes, co-creator of ”Super Meat Boy” and current developer of the upcoming game ”Super Meat Boy Forever”, thinks this change in mindset is good for the gaming industry. If one looks at the Nintendo Switch eShop right now, one can find successful and critically acclaimed independent games today.

2. Multiple takers for violent games – John Hight, the current executive producer of ”World of Warcraft” mentioned that in 2010 when he was the director of product development at Sony’s Santa Monica Studio, he oversaw the release of ”God of War 3” on PlayStation3. The violent hypermasculinity in video games reached its peak in those days.

3. Gender neutrality – Brenda Romero, an award-winning industry veteran who helped create the classic series ”Jagged Alliance” said, “Having been in the industry now nearly 38 years, it seems like the last 10 years have been such a rapid pace of change,” She also mentioned that the diversity of voices in the industry has changed how characters in games express and create the storyline.

“I couldn’t play as a woman in a video game until 1987,” she further added. Even her son who is of mixed race couldn’t create a character in many games with his hair and his skin colour. A lot has changed in these facets of the gaming world and diversity and inclusion have entered heavily into the gaming world.

It was a complete change even in the advertising world that was just adapting to the concept of advertising for gaming companies. Twitch and YouTube made the launch of video games easy and the game development companies started heavily on those platforms. Even publications started publishing stories about new games and groups were created on social media platforms like Facebook and Reddit who were ardent fans of those games.

5. Big money is involved – Instead of spending thousands of dollars initially before launching a game; the developers started releasing beta versions and requested the gamers to participate for free. They got a lot of free advice to improvise and gamers got a taste of what they are going to get. Earning money became easier for the producers as there was already a market for the game.

ZVKY Design Studio is one of the best video game outsourcing companies in Asia. We have more than a decade of experience in providing 2D art and animation, 3D game art, development services, and integration solutions across all platforms.

Our team is talented in art, animation, design, and development and we have contributed to over 350+ games and apps in the last 10 years. If you are looking for a reliable game development outsourcing company, we are there to meet your expectations.