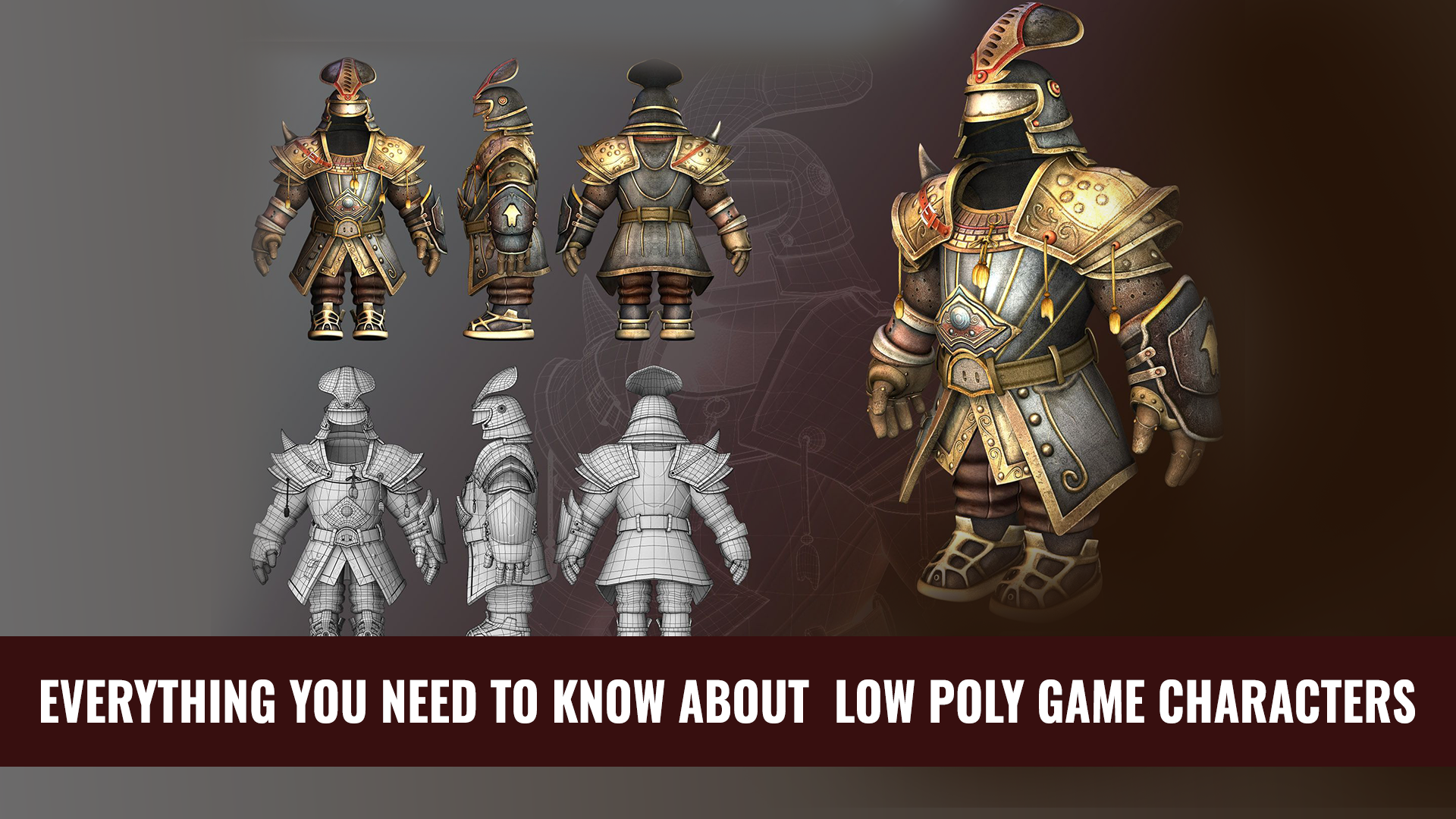 Everything You Need to Know about Low Poly Game Characters

Do you love to play video games? Does it interest you how the life-like characters are created? Well, this is what we call low poly game characters, and they are mostly 3D in nature. These characters are one of the primary reasons why your gaming experience increases manifold and it becomes so much more realistic. The name itself might suggest that a low poly character is based on polygons and it is a developed form of video game concept art.

What Is a Low Poly Character?

Before we learn how exactly a game outsourcing studio brings forth a low poly character, you must understand what a low poly character is. In the simplest terms, a low poly character is more of a polygon mesh. The only factor to be weighed in is that it has to be done in 3D computer graphics, and the number of polygons involved is quite less in number. A low poly character can be created precisely out of any 3D figure, which gives it an artistic makeover. However, to do that, technical knowledge of software is very important and has to be put into consideration. It is where the work of a professional game art studio comes in, and they ensure that more precise low poly figures are created for gaming purposes.

Some of the best reasons why you should consider low poly characters while developing games is:

How To Create A Low Poly Character?

The artistic tinge of low poly characters makes it quite appealing and many people who are in love with this kind of game aspire to build the low poly characters themselves. There are two tools that you can use to make your low poly character. One is Blender and the other one is SketchUp. In case, you want to go for a more complex design, it is better to choose Blender as it can handle more polygons when compared to Sketchup.

The process for both Blender/Sketcheup is quite similar, only that the tools have a different name.

Trust Only The Experts for Low Poly Development Models.

ZVKY Design Studio is one of the leading game development studios in India that excel in producing low poly models. So, contact them and get the best models crafted for your games and that too at pocket-friendly prices.

How Concept gives life to a Mobile Games

The Role of Artificial Intelligence in Revolutionizing the Gaming Industry